What can Google Home Mini Do 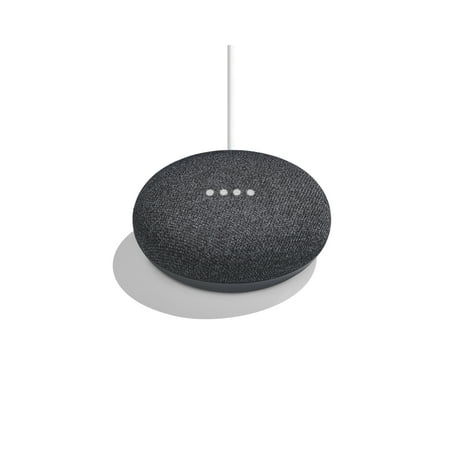 Just before Christmas, it seemed the Google Home Mini (and other smart home devices) were placed on sale and shooting off the racks. Admittedly, even I was interested in investing in one of these devices, even though my home is not “smart home” set up. So if you are one of the many people who received a Google Home Mini, or similar product for Christmas, what else can you do with these devices if you don’t have smart lights, a smart thermostat, or a smart alarm system? What can Google Home Mini Do? Well, here is a list of five things I have been dependently using my Google Home for since I brought it home.

First things first, as a speaker I was highly impressed. I left the speaker in my living room, and could still hear it while I was outside on the patio. I thought a device this small must crackle, but it certainly doesn’t. In addition, the Google Home made a Google playlist for my favorite music, which meant that on day one I was already taking advantage of this little device by learning new music within the genres I already love. Of course, you can sync your own music. However, if you’re looking to explore, where else would you start your search than with Google?

I can’t be the only one who constantly thinks, “I’ll get to that later,” even if it’s just writing down a a time and date I need to be somewhere. Google Home is amazing for organization because all you have to do is say “Hey Google” and you can add things to your calendar, you can set an alarm, set up reminders, or anything else you need just to stay organized. The unfortunate truth is that, sometimes, I’m even too lazy to go look for my phone in order to save something, so it’s convenient to have a device I can just talk at instead.

Speaking of looking for phones, sometimes I am amazed by my ability to lose my phone. It’s odd that something constantly glued to your hand can ever disappear, but it certainly does. With one simple command to your Google Home Mini, your phone will start alarming you of it’s position. While we may have other apps such as Find my iPhone, this is way easier than getting to a computer, looking for the website, and going through the notions of starting the locating sound. Now, just lay right on your couch and say, “Hey Google, find my phone.”

Now, I almost included the shopping list part under organization, but then I realized how incredibly useful it is. At first you hear that your Google Home will create a shopping list, but once you start using this actual feature, it is as if you’ve officially gained yourself a personal assistant. I run out of clothes soap? I “Hey Google” that. I run out of milk? Simply, “Hey Google” that. “Hey Google” has become the new version of “there’s an app for that” in my household.

Sitting with your daily morning coffee and don’t want to have to juggle the coffee cup with a phone? Ask Google to read out the headlines to you and you’ll be able to listen to the top stories while maintaining a hands free morning.

While some people fear the idea of a device with bluetooth connection being used to run their home, technology enthusiasts such as Saleh Stevens does a great job explaining blockchains so that we can all understand the security behind these devices. The “internet of things” is the nickname given by Saleh Stevens and others who are intimately familiar with what the internet is capable of, and therefore know that it’s nearly impossible to label it as anything other than “thing”.